I met Peter Hutton in 1974 (I think – can’t find sure info on it), during a wild trip from Kalispell, Montana to San Diego and on to NYC for my first screening (of short films) at MoMA , and then up to Hampshire College where he was teaching, and had arranged for me to screen Speaking Directly . I saw his films then – I think the first time – and loved them: In Marin County, July ’71 in San Francisco, Living at Beach Street, Working at Canyon Cinema, Swimming in the Valley of the Moon (1971 ), Images of Asian Music. After seeing my film he was surprised I liked them so strongly, I suppose figuring I’d only like films like my own. Not so.

While staying with him I had the brakes on my VW van fixed – I’d rebuilt the engine with a friend in Kalispell, deep into autumn, and left with no brakes as we didn’t have tools to yank the wheel, rusted onto the spindle, off. The engine began blowing smoke by Portland and I threw a rod in Missouri. Luckily I found a junker in auto graveyard, yanked the engine myself and put it in my vehicle and it worked, if barely. Sputtered onto NYC for the MoMA screening, all with no brakes. A Porsche shop next to the loft Peter had in Amherst did my brakes in exchange for a lid of very lousy Montana homegrown. An adventure.

Since that time we were friends, bumping into each other out on the rarified arts-film circuit, and I visited a handful of times in upstate NY, once he landed his job at Bard College at Annandale-on-Hudson. He’d show me work on his projector, some in editing stage. And we’d play cribbage in marathon bouts of 12 hours at a go, for nickels and dimes, beers in hand. Never talked about art or films, though once he took me to the DIA Foundation museum in Beacon NY.   Through the years he swore he always won at the cribbage, though I always seemed to walk away with a fistful of change I didn’t have when I’d arrived.

Not long after meeting him and seeing his films I wrote an article for American Film, the defunct magazine of the AFI. At that time Peter was a kind of filmmaker secret, known and prized in the more rarified world of experimental films, though his could hardly be called “experimental”. After all he made black and white silent 16mm films, with no “story” or narrative – just sequences of magical images that somehow cohered and made their own visual and emotional sense. Like the very first cinema.  He shot in Kodak Tri-X reversal, deliberately underexposing one and a half to 2 stops, getting a grainy rich image of a wide range of grays-to-black and almost no whites. He knew how to exploit the play of light which drew him like a moth in combination with the granular texture of the emulsion. His relationship with the stock and his sense of imagery was near mystical, and the results veered into the sublime. 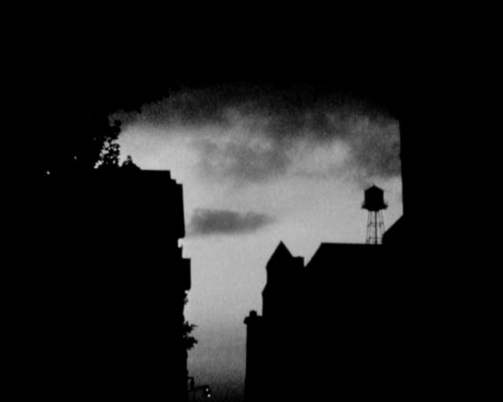 In his earlier work – In Marin County, July 71…, and Images of Asian Music – his camera was sometimes exuberant, mounted on a skate board (way the hell back then), or under a cock-fight aboard a Cambodian coastal freighter, alternating with fixed shots. He also seemed to aim for willful “surrealist” shots. After these early forays, his camera stilled, and what moved was the light before it – subtle shifts in tones, the grains of the filmstock dancing. And he left behind the forced surrealist images and settled on the magic of his kind of “realism” which often focused on the mundane transformed by the divine dance of light and film grain.

[Peter’s shift to camera stasis reminds me of Parajanov, whose Shadows of Forgotten Ancestors was delirious with camera movement, and who then changed to having long-take fixed tableaux, camera nailed to the floor – artists are hard to figure out.] 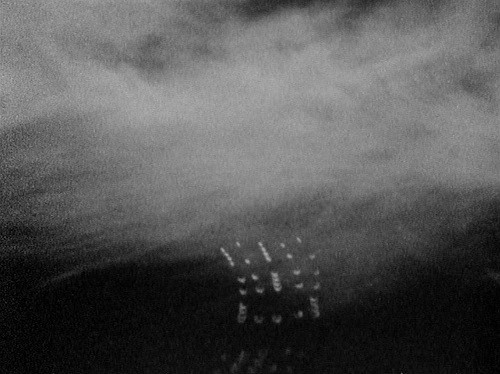 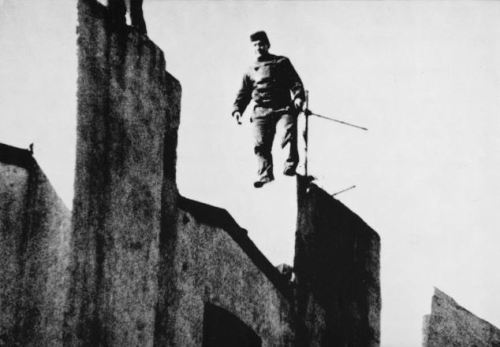 He pursued this line for some decades, gathering grants along the way (DAAD, Guggenheim, as well as other accolades like Whitney Biennial screenings). He was a regular at film festivals – Berlin especially, and the New York FF section for avant-garde films. He shot in Lodz, Budapest, and New York; moved to Bard he shot in the Hudson River Valley. And his reputation as a filmmaker’s filmmaker broadened such that, so he told me, Terrence Malick at one point asked him to travel the world doing shots for him in 35mm (turns out it fell through) and other such things. He shot a few features for others, worked with Ken Burns.

Then in 2002 or so, telling me he was doing so because Tri-X was no longer available, he shifted to color. And something happened. 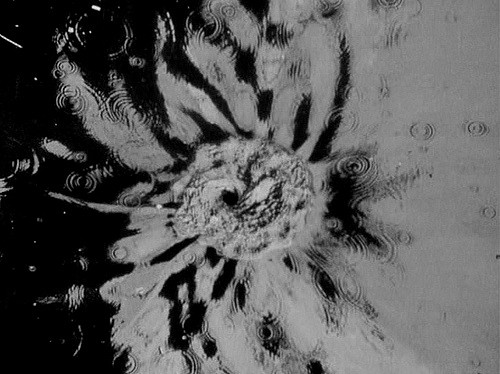 I am not one to mince words, or give deference to those who’ve done past work that was great but then slip into something else. When Peter switched to color (and Tri-X in fact is still available), somehow he lost that mystical connection between the granular structure of the film emulsion and the dance of light, and something else. Art-making is an organic matter, there’s no on/off button for it; it happens successfully when certain undefinable things align – often things out of the artist’s control. It happened with Peter when he left the Tri-X. Somehow the magic evaporated and his imagery became pedestrian – yes, nicely composed, and often with striking light, and yet lacking in that quality that was present in the black and white films. One might put it down to the fact that Peter was a little color-blind, though honestly I don’t think that had much to do with it. Something more to do with a certain kind of creative exhaustion.

Ironically, being more widely known, he became recipient to further grants, and traveled to shoot for them; he was shown more broadly at festivals. Through a friend of mine he was invited to Iceland, where he shot Skagafjordur. I recall seeing this film, a sequence of stunning landscape shots, glossy and gorgeous as in travel magazine fashion, and thinking it was missing the graphics of the month – June, July, August – up in the corner: calendar images. I recall visiting him in Annandale-on-Hudson, when he was editing At Sea, and his stringing up the edit to that point on his 16mm projector and screening it for me. To my eyes it was for the most part pedestrian; the sequences on board ship tragically vacuous compared to his own Images of Asian Music; the ship building sequences are ordinary documentary (though with Hutton quirks, like a little camera set-up or take-down movement at the start or end of a shot.) Only in a few sequences in the ship-dismantling section shot in Bangladesh did a few shots sing. Ironically, perhaps by critics who’d never seen his earlier work, At Sea was named “experimental film” of the decade. Aside from the simple matter that it is hardly “experimental,” it also isn’t a good film. That it was accorded this title, or screened in the Whitney Biennial, or then broken up to make a 3-screen “installation” at a gallery in NYC (to exclamatory good reviews), tells how far our arts world has fallen. And sadly, how far Peter’s touch had strayed.

I saw a few other later pieces of his – the one shot in Ireland, the last one shot in a desert area in North Africa – and they too are empty – perhaps nicely composed (a toxic notion), and innately “beautiful” (the coast of Ireland, the moody sky; the exoticism of camels in the desert), but beauty and composition don’t suffice.

The last time I saw Peter was in NYC, at a busy gallery opening of his two installation pieces, and one of James Benning’s, on the lower East Side – not far from where he’d lived and I’d visited decades earlier . It was full of art-world people, some few of whom I knew. I had a few words with Peter, as he was besieged with others. He passed on some comments about unhappy personal things, seemingly harried. At the time I thought he looked a little gaunt, something I’ve seen before in others. As if something were eating at him.

Peter died of cancer of the lungs on June 25th, 2016, at the age of 71. In May he’d sent me this note, after I’d sent him a letter about my own health. From this it appears he was rather blind-sided by his illness. The ending was quick.

May 7.  Jeeze! I came down with pneumonia the day I got your last message. My lungs are essentially shot, like swiss cheese the Dr says. I’m on antibiotics and feel slightly better.  Had a show in LA that just closed of Film Stills, sold a few which was good since my daughter is getting married in a month and I’m footing the bill. The digital thing has opened quite a few new exhibition opportunities, installations,trying to stay active but feel the grip loosening a bit . I’m trying to finish my Berlin film from 1980, which time has rendered “archival”. I’ll go to digital and maybe try another installation.I hope someone in Berlin will be interested. Carolina is down in Peru wandering around with a camera, “off the grid” at the moment. Do you know La Furia Umana. They are publishing a book about me, which will be out soon. Time and Tide……. stay in touch, glad you are healing. Best P

I regret there’ll be no more cribbage marathons (though I haven’t played for ages – last time with Peter), but I more regret that circumstances didn’t let me say to him how much his work meant to me, and how glad I was to have known him and had him in my life. I never did talk with him about my thoughts on his later work, though he was a modest sort and I suspect he would not have been bothered by my critique. In truth I think he knew inside himself, and that he carried on as a kind of necessary show. He’d done quiet and extraordinary work, and that was quite enough. 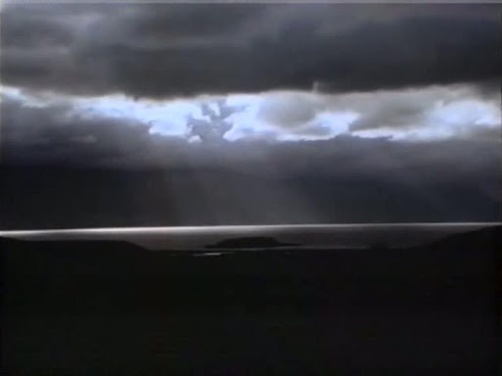 [I note I’ve met a few of Peter’s students over the years, and heard from others that he was a wonderful teacher – something from my own knowledge of him would be a given.]