James Rosenquist with his mother before a billboard he painted.

Once upon a time – seems like several lifetimes ago to me – in the sense mentioned in the previous post, I was a modest “person.” To say I’d made a little mark in the marginalized esoteric realm  – depending on the era and the POV – of American Independent film, avant-garde, experimental, Underground, or whatever names critics or academics cared to come up with. This began regionally – to say in Chicago, way back in the mid 60’s when I landed a little review for my first short film, Portrait, from none other than Roger Ebert. He liked it. And in the very constricted world of such filmmaking in Chicago, I seem to have emerged with a few others – John Heinz, Larry Janiak, Tom Palazzolo – as a little local name. Also in the press a bit later there was a picture of Kurt Heyl and me being arrested just prior to the Chicago Convention of 1968. A kind of “fame.” 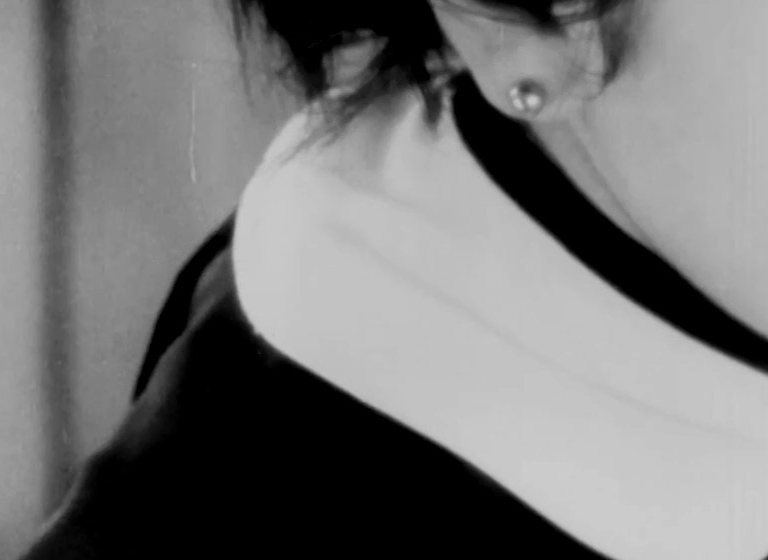 And then I left for the West Coast and vanished for a while, materializing once in a blue moon on some short film festival’s winners list. Big deal. And then, in 1974 or so, having made my first feature, Speaking Directly, and serendipitously having it invited to the Edinburgh Film Festival – at the time a hot festival for creative films – lo and behold it was reviewed, very favorably, by Jonathan Rosenbaum in the British film mag, Sight and Sound.  My “person” was greatly enhanced, and suddenly in the tiny realm of “new narrative”/experimental or whatever film, I became a modest “name.” I then got invited to festivals with my next films, Angel City and Last Chants for a Slow Dance, and these begot more print, which equaled more festivals, and more print. I became in the film worlds of the UK, Germany and Italy a little “name,” written up in newspapers, mentioned in magazines.  I did not become a name, for some reason, in France. But, in the terms meant here, I had become a real “person.” Around me a minor aura of fame attached. “Important people” deigned to talk to me, sometimes even to seek me out. In the words of a long ago friend from my brief sojourn in college, “You made it.” Whatever “it” was, it was having become some kind of public figure, a “name,” having acquired some kind of “fame.”

Despite my disinterest in this phenomenon, or really my antipathy, and my peripatetic manner – moving always to new places where in one sense I had to start all over again, this new personhood grew, though modestly as the world in which it was housed was modest. After all, those who are interested in film-qua-“art” are few and far between. The dullest Hollywood hack has more of this kind of personhood than the biggest of avant-garde sorts. However, in 1989 I landed the modest funds from PBS to make a new film and came up with All the Vermeers in New York, done in 35mm, and which managed to get a very mismanaged commercial release in the USA. Courtesy of a personal note from me to Roger Ebert, it got 2 thumbs up in a national television mention, and my erstwhile “fame” squared. If nowhere near the Hollywood hacks, nevertheless I did find myself shortly thereafter on a podium with the likes of Clint Eastwood and Taylor Hackford (one of the Hwd hacks) and Abel Ferrara in the rarified airs of the Telluride Festival. Not long afterwards I was at the Beverley Hills Hotel, in the company of Kevin Costner and “the most powerful man in Hollywood”, his agent Michael Ovitz. I was being feted with a Lifetime Achievement Award (1991) from the IFP,  whose minions whispered in my ears that soon the studios would be knocking on my door. They never did, but following Vermeers, my personhood zoomed forward, little once-closed doors opened, and following a few more films – The Bed You Sleep In and Frameup, unreleased theatrically if well received critically, I had had more than enough of the total bull$hit of the film business, and I shifted to digital video when doing so was a film buff heresy.  My personhood and “fame” rapidly shriveled in the ever more money-minded ethos of the times, an era in which the sole measure of value was calculated in numbers with a dollar sign beside it. No big number there and you became socially worthless. In rapid order everything was monetized, and reviewers could only do reviews of big-time big-buck films with the aim of making more bucks.  Critics who once lavished praise on my work no longer could be bothered to take a peek – it didn’t have a “release” so the papers didn’t cover it, so they didn’t write about it, and hence did not need (or want) to see it.  It was all about money.  The rest could go die. And they did.

Steve Lack in All the Vermeers in New York

It is getting on 25 years since my modest fame peaked, lets say around 1993 or so, though like an albatross around my psyche I still have people telling me they have “heard of” All the Vermeers, though most often they have not actually seen it, or anything else I ever did. Forget those 38 other long films and all those shorts!  Such is the nature of fickle fame, that it lingers as an echo, detached as it always was from reality. Increasingly over the decades, fame itself has become an end-all and be-all in our society.  Hence “reality TV” and YouTube and selfies.  And hence the general tone of my visits to various educational institutions where the general ethos seems to be wondering how to get rich and famous fast.  On Wall Street, or in Silicon Valley or in LA in the entertainment biz.  The examples are there to emulate, so as young people normally do, they wish to copy what they see.  Jobs? Gates?  Zuckerberg?  Kalanick?

And now, today, while in my own view (and that of some others) I am doing some of my very best work, my old fame/name is apparently so tarnished and worthless, such that people who once accorded me retrospectives, or introduced me at screenings with lavish praise, cannot be bothered to answer an email.  Happened last week as I was trying to rummage up some autumn screenings on the West Coast. Having written the same folks 2 or 3 times in the last months for the same purpose, this is what I wrote:

This was written to a place I’d been before, a few times and more in the last decades, and to people whom I apparently incorrectly imagined to be “friends” of the kind one makes among peers in this business. Ah well, live and learn. It is not, in the last years, the first time that such has occurred. MoMA, which once hosted a full retrospective of my work (1991) now declines to answer an email. I understand most the staff moved on and there are new people, but one would imagine institutional memory or rectitude would at least beget a form letter, thanks but no thanks. But instead plain old nada. Ditto with a few other such institutions I’ve dealt with over the years, in the USA and Europe. And people.

On one level I could frankly care less, except that this places large dings in my very minimal annual income, and having no pension, SS, or other fall backs, at 73 and counting, it is actually damaging.   Especially when those saying “no,” whether in word or silence, sit in comfortable institutional settings and are well paid.  And more so when one imagined them as “friends.”  Not that I am alone in America in this situation, which I think is rather more common than our national pundits would like to acknowledge. Hung out to dry.  Vets.  IT worker bees.  Factory workers.  White collar folks replaced with H1-B or AI machines.  The poor.  Artists.  Finally it’s all about the money. 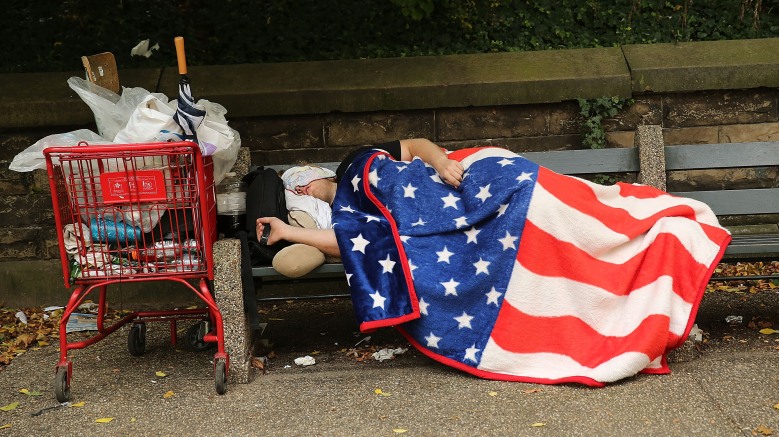 As an observer of the world, and particularly of the arts world, I know well that the fickle finger of fate (and fashion) flits bee-like from flower to flower, and nothing is so yesterday as someone older (though if your fame is hyper your decrepitude will be duly celebrated for having survived it all). And I know as well that for the most part my work has been “out of fashion” for some time, not that it was actually ever “in,” though that would scarcely seem to matter since most of “the people that matter,” to say many programmers, curators, festival directors, etc. haven’t bothered to even look at my work for more or less 20 years, so in fact they wouldn’t know if it were or weren’t “in fashion.”

Or perhaps it is my often caustic commentary in public regarding contemporary “art,” or my withering reviews of presently popular films (say those of Jarmush, or Reichart) which has silently worked, in effect, to produce an effort to silence me? Or the public engagements I have taken on of choice – such as defending Mark Rappaport in his battle with Ray Carney. Or perhaps my loud-mouthed and persistent sharp criticisms of America’s religion of capitalism, and all the mangling horrors it imposes on us, and on the world.

Who knows? Certainly not me.

I accept all these things, though not happily. One would like to think artistic quality had its own value. Or that “paying one’s dues” might accrue a certain respect. Ah, but I am just an aged curmudgeon, so what the hell?

“In America the majority raises formidable barriers around the liberty of opinion; within these barriers an author may write what he pleases, but woe to him if he goes beyond them.”

“As one digs deeper into the national character of the Americans, one sees that they have sought the value of everything in this world only in the answer to this single question: how much money will it bring in?”
Alexis de Tocqueville

Frankly over the last decade or so I’ve pondered whether there is indeed some kind of blacklist at work. While I am seriously skeptical such would be, out on my loose tether to my society the feedback I receive certainly reads as if there could be one. I am certain in the small world of grants there is a rumor, which unfortunately I cannot elaborate on here, which has functioned as a black-list in that world since sometime around 1989 or so. As cynical – or is it realistic? – as I am about the nature of fashion, crowds, social politics, particularly in America which I know the best, I don’t quite think it is paranoia which animates my thoughts on this seeming banishment. Rather it seems something deeply enmeshed in the American ethos, something which has sent many of America’s artists and writers fleeing to other lands which seem more hospitable.

Today as the curtain of Donald Trump’s administration is parted, and his yahoo policies are unveiled, my sense is that if he manages to get his way, the blacklists will become very tangible,  if they haven’t already done so.  And I, and many others, will be as welcome as Muslims to the newly Made Great Again America.  And if he does not, and is booted from the White House in a few more months, it probably won’t change much anyway: the tenor of the times.